Adversity: Will it Crush You or Make You Stronger? 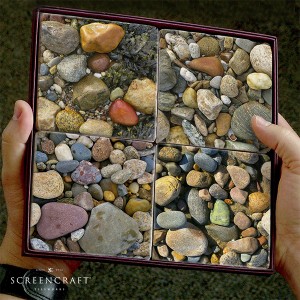 It began in the spring of 2012; I started noticing a change in my balance along with memory issues and headaches. As a working actor by profession, I am normally required to memorize lines quickly for an audition or part. I started having a harder and harder time memorizing dialogue. Nothing major, but it did concern my partner David and me. By summer, I had fallen off an 18-foot ladder backwards without killing myself, fell off my treadmill and ripped my hamstring, and continued with worsening symptoms of headaches and memory issues.

While vacationing on Martha’s Vineyard that August, I actually stopped reading newspapers, magazines and books, as I was unable to focus. One night after enjoying a meal at a restaurant with friends, I stood up to leave and fell backwards into the next table, knocking over their food. I was horrified! I was certain the patrons and wait-staff assumed I was drunk. I just couldn’t regain my balance and had to be carried out.

That should have been reason enough to go see a doctor, but everything went back to normal the next morning, so I didn’t go. I decided to take a long walk by myself, driving to a remote part of the Island. About three miles into the walk, my legs became very heavy to the point that it was hard to lift them up. The symptoms continued to worsen and all I could do was shuffle back and forth to keep myself moving forward. It took me two hours to return to my car. At this point I knew something was seriously wrong.

The next morning I received a phone call from a photography studio reminding me about an intensive photography class that I had signed up for the previous winter. She was making sure I still intended to take the class as they had 25 people on a waiting list. I told her that I was unable to participate as I was having medical issues. She asked what my symptoms were. Normally, I would never tell someone my medical problems over the phone, especially to a total stranger, but I felt compelled to let her know why I was canceling.

As I described my symptoms, she stopped me in mid-sentence and said, “Oh my God, I think you have hydrocephalus. My mother was diagnosed with that 5 years ago. You need to get an MRI of your brain to confirm it and then you must go to see Dr. Peter Black—a Boston neurosurgeon who is simply the best. He saved my mother’s life and he will save yours.”

I thought she was a bit of a nut job to diagnose me over the phone, but I wrote down the name of the surgeon nonetheless. Not too long thereafter, I finally got an MRI done. It confirmed that I had massive hydrocephalus and needed to see a neurosurgeon as soon as possible. I found Dr. Black’s number in my wallet and called his office thinking if he was so good that he’d probably be booked for months.

Miraculously, we were able to see him the next day and after reviewing the films and seeing my unbalanced gait, he announced that he was going to clear his calendar to operate right away. Less than 24 hours later I had successful shunt surgery to control the hydrocephalus. He said without the surgery, I most likely would have died within 2 weeks because the intense pressure on my brain was literally killing off brain cells.

Fast forward 3 months, I went in for a follow-up MRI to check that the shunt was working properly when they discovered what appeared to be a very large and aggressive tumor growing in the corpus callosum part of my brain. Tumors found in this sensitive area are quite often cancerous and very difficult to remove, which translates into a terminal diagnosis of about 3 months to live.

I went in for a biopsy to confirm whether or not the tumor was cancerous and woke up in recovery with a ”thumbs up” from everyone in the room. The neurosurgeons were baffled as to what it could possibly be as all the tests they conducted came back negative. They decided to monitor the “tumor,” or whatever it was, as it still appeared to be growing, which meant that I was probably going to die from it, cancer, or not.

It was during this time that we bought a house on Martha’s Vineyard. I was having quite a few residual migraine headaches and vertigo from the biopsy and none of the medications seemed to offer any relief. I started to take long walks on the beach as I found the salt air and the sound of the surf to be remedies for clearing my head. I also brought a camera along, as I’ve been a budding photographer for many years. As I walked, I noticed some interesting and colorful beach stones and began photographing them. Looking down and focusing on these beautiful stones had another benefit; it actually helped dissipate my migraine pain.

Back home, I added just a little color in Photoshop to bring out the unique characteristics of the rocks I photographed. I was amazed at the incredible diversity of shapes and colors. They’re quite remarkable! I put some of the photos up on my Facebook page and received a flood of praise. That led me to ponder what else I could create with them.

I recalled seeing some beautiful coasters in a coastal town gift shop. They were made from a unique white marble, quarried in Italy, and manufactured locally in Rhode Island. Their high quality really made an impression on me. I decided making high-end coasters out of my beach stone images would be a great way to test the waters.

I contacted the company to see if they could reproduce my photographs on their marble and was sent a sample image, which reproduced my colors perfectly. I ordered forty-eight boxes with eight different beach stone designs, and quickly found myself in the business of selling coasters!

I showcased the coasters on my Facebook page and received an overwhelming response, with many asking where they could purchase them. Within 48 hours all forty-eight boxes were spoken for! I ordered another hundred boxes and have been taking orders ever since.

With the initial success of the stone coasters, I expanded production into t-shirts, note cards, magnets, serving trays, pillows and framed photographs. I’m pursuing trademarks and websites, all in pursuit of becoming the next big Martha’s Vineyard success story!

I was also able to secure a place at the Featherstone Flea Market on the Vineyard, which will provide important feedback and research to help me understand how I can really capitalize on my beach stone photography.

It took almost an entire year to resolve my head issues. I’m pleased to report that I’m happy and healthy today thanks to my doctors. There were many blessings that came from this experience. When told you have a potentially life threatening illness you really do change the way you think about things. For me, I stopped sweating the small stuff. I started reciting daily affirmations while driving my car and expressed everything I was grateful for in my life. But most importantly, I realized that life is short and we are only here on this earth for a moment—so do what you love!

This was the spirit I brought to the beaches of Martha’s Vineyard. Even though I was walking with my head down to ease the pain of my migraines and vertigo, my mind was still open to receive the beauty of the world. Despite the trauma my brain experienced, it wasn’t damaged enough to prevent me from making a creative connection that led to my new business venture.

Adversity is a remarkable thing. It can either crush us or make us stronger. Just when things were looking down for me, walking those beaches and photographing the stones suddenly gave me a reason to look up and feel optimistic. I’m so grateful for it! Therein lies the lesson—that no matter how dire the situation, keep your mind open to all that is possible.

Linkedin
Tags:
Previous Story
The Raven’s Story… And my mother’s letter to the children – Inspired by the events of Sandy Hook
Next Story
Does Your Title Boost Your Ego, or Your Team?