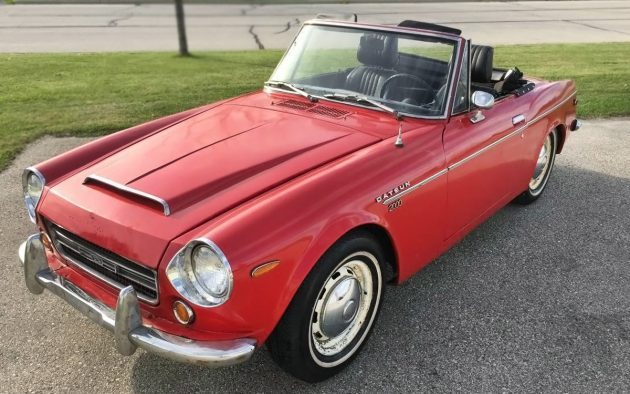 In the mid 1990’s, I was iterating my routine of driving a needy Datsun 2000 to the auto parts store in Durham, NC. to get the “part of the week”. The city of Durham was civically-challenged and had sections of town that were a little scary because of the frequency of crime. I was equal parts cognizant of, and oblivious to these known facts. Generally, and that day, I paid it little mind, and it was a good day indeed. The weather was nice, and the roadster was running. I drove across town to this special parts store that carried the right parts for “want-to-be mechanics”. As was my tradition, I pulled into the back gravel parking lot of the store, mentally going over my list of items, and making sure greasy fingers didn’t damage the upholstery.

As I exited the car, a young African American boy seemed to appear before me with no antecedent. He was of an age between eleven and fourteen years old, and he stood their at my door. I was jolted by his immediate presence, and his closeness. In his hand, laid flat, was what I believe to be a .38 pistol, which he had recently unwrapped from a dirty rag. I believe my first impression was that I was being robbed, but then realized the gun was inert in his hand, and that he had said “would you like to buy this?” I had more interest in a yoke for a caribou than that gun, but I questioned what his next move would be. If I said no, would he then turn it against me? Was it loaded? I chose to quickly say I wasn’t interested, stooped my eyes, looked away, and entered the store quickly. The young man left without further incident. It was one of those scenarios where it could have ended differently. From the safety of the parts store, my comfort immediately returned. I was glad to be out of harm’s way. I felt the danger had essentially passed, even if I was “willing”, my sometimes undependable roadster, to start on the first try. It did, and the minor interaction became a memory.

As I have processed the event, I have come to recognize the feeling of distance I had from that very close boy who stood at my car. We were from such different worlds, living together in the same city. I felt sorry for the young man that he found himself in that situation, that his world extended to this act being acceptable, or possibly a routine behavior. I have wondered what became of that gentleman today. Did he grow up? Did he raise a family? Did his circumstances and behavior provide him the experience of incarceration? I will never know.

That moment is one of my more salient realizations of the power of privilege. Flatly, I had a better ride than he had experienced. In no way did I to want to trade places with him. That day we were each in the possession of property. I an old roadster I got from my dad, and he a gun of unknown origin. Mine was a plaything, his was an opportunity. The gun in this story was a mere item of commerce, something that brought the two of us together. I have wondered if it’s role changed in anyway before it left that young man’s hands. Had another situation been fruitful for him, or tragic?

To me this is a key tenet of guns, the lethal tools that they are. They find themselves in the middle of interactions, and with the ability to drastically change the outcome of those interactions. They contain the power of a chainsaw, yet sit quietly inactive; heavy in a jacket pocket. Giving no signs of their power. Deceptively influential.

Linkedin
Tags:
Previous Story
Off the Sidelines
Next Story
Plan B

It Was Just A Matter of Time
James Warren Aug 27