Destinations and Travel Reflections on The Past Shared Stories

Me and Mario: A Remembrance 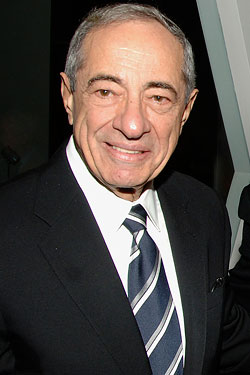 As tributes pour in to honor the memory of Mario Cuomo, I find myself fondly thinking about a time I was waiting to board an early morning flight from Chicago’s O’Hare to New York’s La Guardia. I think it was in the November before 9/11. For some reason, I didn’t get much sleep the night before so I headed to ORD really early. In fact, when I got to the gate there was only one passenger waiting, another insomniac no doubt. But he did look somewhat familiar–like someone I’d seen on TV, but not just any someone. A real somebody. Not being particularly shy that morning, I figured I had nothing to lose when I walked up to him and asked, “Governor Cuomo, is it really you?” To which he responded in that unmistakable NY accent, “Why? Do I owe you money? Have a seat, young man!” And so began a most enjoyable conversation with the former governor of New York. I have always been a sucker for charismatic politicians, right or left–and I’d always admired the Governor’s seemingly effortless ability to articulate his viewpoint with such passionate persuasion. And I told him so. But what I didn’t expect was how real he was. How absolutely disarming in his casual and friendly demeanor. And he seemed truly modest, thanking me for my kind words as if it was the first time he’d ever heard them. Then without missing a beat, he wanted to know all about me. He asked my name, where I live, and what I do for a living. And he was genuinely interested–hanging on to my every word and holding eye contact throughout as if I had something important to say. I was both flattered and flabbergasted simultaneously. I told him my name and that I was a native Chicagoan. I told him every Wednesday I fly to New York to visit my clients. “Why Wednesdays?” Because I got in the habit back when my son was playing ball in high school. Wednesdays were the only day of the week he didn’t have a game. And I wouldn’t miss watching him for the world.  “What sport?” Baseball. “Of course! He’s a great kid, isn’t he?” Mario said with that certain knowing twinkle I’ve observed in the eyes of other frustrated major leaguers. ” So what do you think of New York these days?” I told him I thought Mayor Giuliani was doing a remarkable job. In fact, it seemed New Yorkers were much nicer than they were usually given credit for. “It’s all the immigrants,” Mario quipped, “they’re the polite ones. Native New Yorkers–we’ve got attitude. That’ll never change.” Before I could argue differently, the Governor turned his attention to my profession. “So, David, what is it you do for a living that brings you to New York every week?”  I help create marketing and distribution materials for educational publishers. “What grades?” Elementary and middle school mostly, some secondary.  And together we then lamented the state of education in the US–how our kids just weren’t learning basic skills–like reading and math. And he told me about the learning initiative he was partnering on with Bill Bennett, the former Secretary of Education in the Reagan Administration.  Imagine, Mr. Liberal Democrat and Mr. Conservative Republican finding common ground and working together. Back then, I didn’t appreciate how rare and precious that cooperation would become.  During our conversation as O’Hare’s daily hustle and bustle slowly returned, other passengers would come up and stand around us. The Governor would smile and nod warmly to each of them, then he would introduce me to each as his “good friend, David.” You’d think we had been friends for 30 years, not just the acquaintance of 30 minutes it actually had been. When we were called to board the plane, we walked together continuing our conversation. Before taking his assigned seat up front, we shook hands and embraced–a real bond had been made. Then I walked dazed a few rows back to my seat. My grin was still ear-to-ear when some guy walked by saying ever so cynically, “Wouldn’t you know it. Just like a pol. Your boss is sitting up in First Class while his aide sits in coach.” I said, I didn’t work for the Governor. In fact we just met. “Yeah,” he grimaced with the first snarly attitude of the day,  “I saw you both chummy at the gate. Pardon me if I don’t believe it. Not for a minute.”

Linkedin
Tags:
Previous Story
Children of the Wave …Inspired by the Tsunami ten years ago
Next Story
Strong Hands