Featured Stories Reflections on The Past 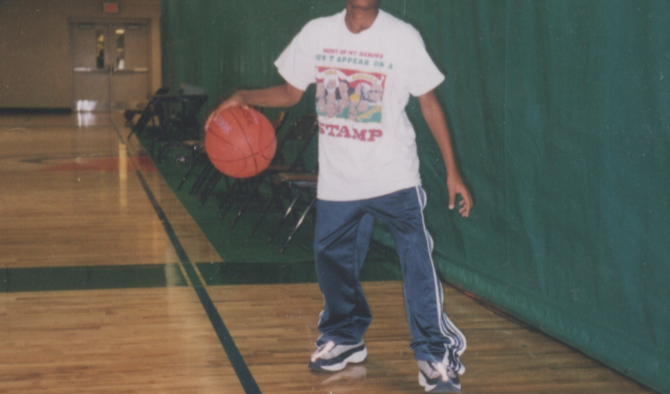 After college, like many other recent graduates, I was still trying to figure out how to begin the journey of finding my place in the world as an adult. During my enrollment, I shifted ambitions from sports medicine, to finance, to entrepreneurship and finally landed on a pre-law tract with the aim of becoming a sports and entertainment lawyer before pivot became a buzzword. 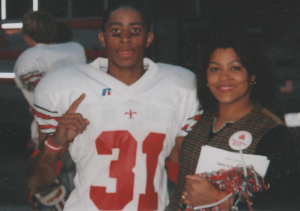 I found the field of sports intriguing since a young age, in no small part because of the ubiquity of sports in my life. I learned my first lessons of self-confidence, work ethic, collaboration and strategy playing soccer and basketball. Attending the ‘96 Olympics in Atlanta was one of my favorite childhood memories. Watching Atlanta Braves games on TBS every summer grew my bond with my dad, while playing baseball taught me humility and the power of consistent practice. Sportzcrazy923 was my AOL Instant Messenger screen name. Football helped me overcome fear and persevere through difficult situations. Track & field taught me how to lead by example and inspired an obsession of pushing myself to my physical limit. 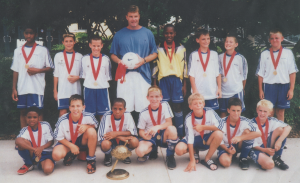 Sports shaped me to say the least and I desired to find a way to live the life I wanted to live with sports remaining an integral piece. This wouldn’t be the first time I’ve let sports guide my life trajectory. I changed my high school decision after touring my alma mater’s state-of-the-art athletic facility, and I matriculated to Duke because of J.J., not John Hope Franklin or their interdisciplinary curriculum. 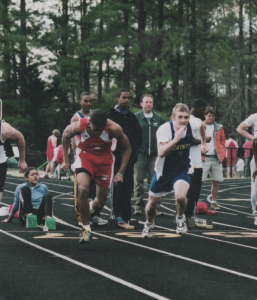 As I looked closer at a career in sports and entertainment law, I soon realized that it was a small pond dominated by a few big fish. With tens of thousands of student loan payments already on the horizon from undergrad, I wasn’t too keen on incurring more debt, when I had little interest in the actual practice of law and ultimately decided not to take the leap. Soon after, I came across an opportunity to work for an NBA team in a ticket sales capacity, but was probably too green at the time to get my foot in the door, let alone stay there. 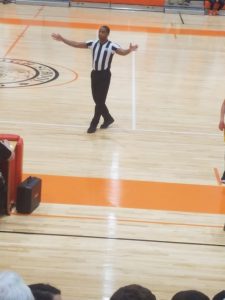 As fate would have it, during the fall of 2013 I was scrolling Snapchat under mounting pressure from my parents to figure out my life and came across a friend’s story showing she had just finished officiating a youth basketball game. I reached out to learn more and was connected with my first mentor, a retired Marine from Durham, NC. I took the Durham connection as a sign I was on the right path and embarked on what could only be described as basic training for basketball officials. This training included early morning wake up calls, constant drilling on rules and mechanics, long trips to gyms throughout the mid-Atlantic, very public in game feedback, war stories (real and figurative), countless trials by fire and IPA-infused camaraderie building. Before I realized, I went from not knowing how to call a foul or violation, to being able to command a room of ankle biters and their passionate loved ones, to feeling comfortable in raucous AAU environments. Now I’m seven years in and have achieved my first major goal of working men’s college basketball, while working towards the ultimate goal of becoming a high-major Division I official. 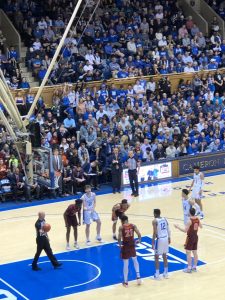 I never thought deeply about how a side hustle became a passion and part time career, but probably assumed my success was due to my love for basketball, access to expert training and calm temperament. I’ve never fully explored what makes me willing to deal with the frustrations of players, coaches and fans, work on my craft on and off the court, sacrifice almost half of my annual weekends and pay my dues before making a profit. Interestingly, I think this exploration could also serve as an extended metaphor on how I view the world during the trying times we’re currently living in. More on that to come!

How To Have A Safe Holiday Tour With Staysure Discount Code?
rachelhouston Dec 29

How to Support Your Partner with Breast Cancer
silbchris Oct 21