On February 13, Media for Community Empowerment (MECE) aired a radio show on Pambazuko FM, which is based in Kilombero, Tanzania. This marked the beg"/>
LOADING

On February 13, Media for Community Empowerment (MECE) aired a radio show on Pambazuko FM, which is based in Kilombero, Tanzania. This marked the beginning of our #ClaimYourWaterRights campaign, in which we used local radio to raise awareness of people’s human rights to water and sanitation.

MECE produced and aired five radio shows in five different villages, one of which was Kikwawila. We met Alfonse Michael Gwawa, a 72-year-old man who since 1982 had been using dirty water from a well he dug himself. 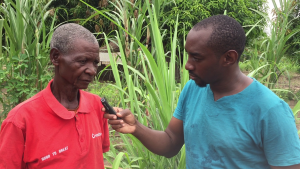 Alfonse said water is scarce, especially in the dry season, forcing him to wait until spring. Even then the water he uses is not clean or safe. He drinks it with his family because they have nowhere else to get water.

“I’m so disappointed and I’m not sure if I will ever drink clean water from the tap. I have asked the government so many times to bring us water but nothing has happened. My age is gone, I am too old. I might die without drinking clean water”, he said.

In response, the village’s chairman Hamadi Kondo Magengele admitted water scarcity in his village. He had also called on the government to solve water challenges as many rural citizens walk long distances to access unclean, unsafe water.

Now six months after airing the radio show, the local government at Kikwawila village has managed to drill water for their citizens. 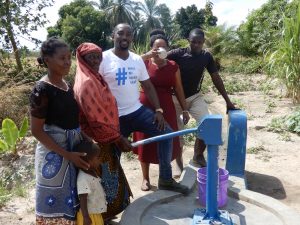 Kikwawila residents and Media for Community Empowerment celebrate the drilling of a new village well.

On October 19, MECE visited the village after being informed by Mr. Kondo Magengele that the village now has a well that is ready for people to use. During the interview, Mr Hamadi said that they had successfully dug a well after allocating village government funds, following a discussion at the village assembly.

He said that, three days after the radio show aired, village residents started bothering him by asking when the local government will dig a well as they realised that water is their human right after listening to our radio broadcast. 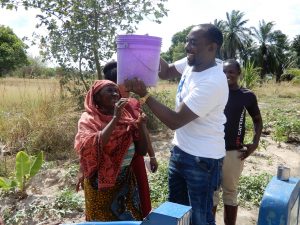 After the drilling of a new well.

The chairperson said that 37 households are benefiting from the well while the village government tries to secure further funds to dig more wells in sub-villages.

He congratulated the journalists who came to the village and conducted interviews with the people and raised their voices concerning the water crisis. He said their arrival has helped them as leaders to solve the water crisis.

“Your arrival and amplifying the voices of the citizens made us leaders remember our responsibility to the people we lead. It is as if you came to wake us up. No one knew that water is the right of the people, so I personally felt bad. That’s why I took action”.

Elizabeth Sandali is one of the villagers we interviewed. She says she is happy to see the village government listening to its people’s problems and finding solutions. 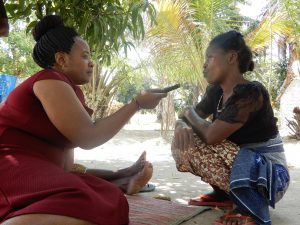 Other villages where we recorded and broadcast programs include Lungongole, Luhonji, Minepa and Limaumau. We hope that local leaders will take similar action to solve the water crisis for their citizens.

Through End Water Poverty’s #ClaimYourWaterRights campaign, Media for Community Empowerment has been broadcasting a series of Sauti Yangu (“My Voice”).

Linkedin
Tags:
Previous Story
Learning through the Pandemic
Next Story
Just a random day being a dad.

Your Personal Checklist For A New Car
silbchris Jan 27

Learning to Drive Again after a Heart Attack
silbchris Jan 25