Does Your Title Boost Your Ego, or Your Team? 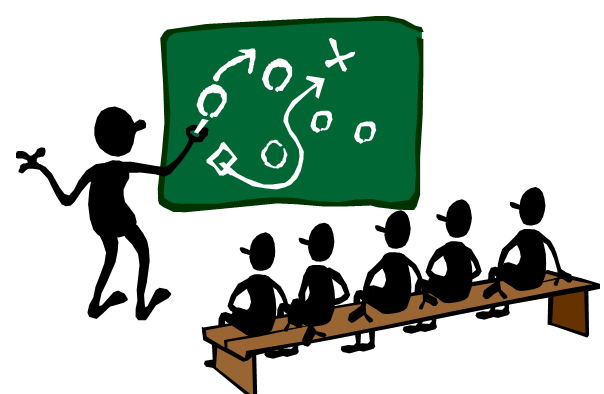 It’s that time of year again. No I’m not referring to the holidays. I’m talking about something much more exciting – the NFL playoffs are almost underway.

For me, this is the best time of the year. Watching the games this week and seeing the players and coaches on the field, all working together to achieve the same goal made me think, “Wouldn’t companies be better served if their leaders approached their role more as coaches?” Coaches who are highly adept at teaching, motivating, and mentoring others to ensure they are able to execute the game plan.

If you think about it, corporations are not unlike football teams. They too have players (workers), but instead of coaches, corporations have authority-based titles(VP, CTO, Director, etc.) that do more to inflate the ego than inspire teamwork. Don’t get me wrong, I’ve certainly worked with many outstanding leaders over the years that truly embraced coaching as a key responsibility. But that is not always the case.

Encouraged by these titles, some are more compelled to assert authority than to show humility. If we want our leaders to focus more on coaching why not call them coaches? Imagine if your company only had coaches and workers, and the notion of ‘boss’ or ‘superior’ didn’t even exist? Wouldn’t that intrinsically create a more motivating and productive environment?

You may be thinking, “Who cares about the title, it’s just a word”. But it’s more than just a word, it’s a mentality. If you’ve ever participated in a team sport you know that your coach has a genuine interest in developing your skills and making you the best you can be – because a coach can only succeed if you succeed. Knowing that, gives you a sense of comfort and security that your coach will always have your best interest in mind.

The same can’t always be said for a boss who may sometimes feel threatened by their employee. Also, don’t underestimate the powerful emotions that words and titles evoke. When you think of someone as ‘boss’ you subconsciously expect him to exercise authority, not goodwill; to inspire fear, not enthusiasm; to use you, not develop you. This is not the culture that should be fostered in the workplace.

I say let’s remove authority-based titles and words such as “Boss”, “Superior”, “Supervisor”, etc. from the lexicon of the workplace and replace them with team-based titles that conjure feelings of collaboration and camaraderie.

“Welcome to the team, Dan. My name is Ayoub. I will be your COACH for this assignment”.

Doesn’t that sound more positive than saying “I will be your boss”?

To do this, we need to begin by making sure titles not only reflect rank, but also reflect the true nature of the work expected. If you want someone to be a coach, make sure “Coach” is in their title.

Changing job designations from authority-based titles to team-based titles like the ones above would be a great start. But of course, just because you give someone the title of coach does not automatically mean they have the skills to be one. Organizations have to make a conscious effort to ensure their management teams are properly trained and capable of being coaches.

What do you say? Are you ready for a coaching job?

Linkedin
Tags:
Previous Story
Adversity: Will it Crush You or Make You Stronger?
Next Story
Finding Christmas Anyway