Family and Friends Stories of How We Show Up

Our Heroes Are Closer Than We Think 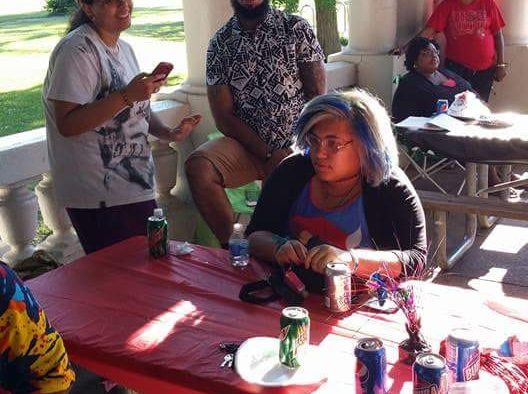 “What time even is it right now?” I thought to myself as I spent another Sunday evening cramming away at building another lesson for my 9th-grade students that would inevitably blow up into fragments of learning and chunks of redirecting. My phone rang. On the caller ID was my father.

It was November of my first year of teaching, and like many others in my position, it broke me down completely. To pile yet another obstacle onto the growing list of stressors, I moved to Memphis, TN that fall to begin my teaching career. Not only was I struggling, but I was far away from my hometown and safety net of support. The biggest safety net of all had always been my father. A man of immense faith who has always been level-headed, calm, and reassuring. Up to that point in my life, I could count the number of times I had ever hugged him and I had never witnessed him shed a tear. I would never call him a tough guy, but he certainly wasn’t a teddy bear. One thing was for certain, he would never be up this late in the evening, let alone to chat with me. Right now was a terrible time. I was on the eve of my first formal observation as a teacher and I needed to finish a week of prep. I pick up the phone.

Tears. Immediately upon connecting all I could hear was my father muttering and sobbing. I dropped everything.

“It’s your sister, she fell and hit her head. She’s bleeding everywhere and the ambulance is on the way right now”.

I don’t think I can recall at that exact moment what went through my head. Flashbacks of mine and my sister’s last conversation, trying to calm my father down, how inconsolable my mother probably was. A million thoughts at a million miles an hour.

That following week I stood next to my sister’s Pride flag-draped casket and delivered her eulogy to a room full of family and friends.

I wanted to return home so badly. I wanted to give up on my teaching dream and retreat back to where I felt safe and comfortable. I didn’t want to try and be strong any longer.

In between getting the final phone call notifying me of her death and stepping up to her body at the funeral home, I reflected on what my sister meant to me.

My sister was born on August, 21st, 1990. A year and a half later I arrived into the world and into battle. My sister and I fought tooth and nail. If it was worth arguing over, we yelled at each other. If it was completely trivial we still found a way to disagree. I wanted to be her antithesis. She went to one local high school in our hometown, I went to the rival school. She started listening to rock music and straightening her hair, I doubled down on rap music and cornrow braids.

Growing up with a white mother and black father left me in a lifelong struggle of who I was supposed to be. Should I embrace my father’s culture and try to put on “blackness”? Should I try to pass in the dominant culture and put on artifacts of whiteness? Inevitably, school and society taught me that to be black was to be “cool” and I wanted so bad to be cool to make up for all my teenage insecurities. Once I made my decision, I decided that was all I and my siblings could be. Either we band together as black children or you’re against us. My sister started playing guitar and listening to heavy metal and I deemed her a “traitor” to our culture. I avoided her. Stayed as far away as possible. Even though we were only a year apart, I built my own circle. Made my own rules. Wanted nothing to do with her, but somehow I always kept the corner of my eye on her every move.

She was the eldest child. Looking back, I took that for granted, and ultimately, I took her for granted. I wanted so bad to ascribe to this archetype of a person to be accepted by others, but to the detriment of one of the most important and enduring relationships. The one between my sister and me.

As I weaved the narrative of my sister’s life to my friends it finally clicked in my mind and soul. I wanted to be like my sister so bad, but I was too arrogant to admit it until it was too late to call her my hero to her face. My sister never cared about the number of friends, but the quality. My sister didn’t care what her significant other looked like, she cared about who they were. My sister was a trailblazer. My sister was exactly who she wanted to be and invested in what made her feel comfortable. While I was off trying to fill in the spot that the world tries to mold me for my sister was preoccupied with creating her own world with her own rules, something I was always terrified to do.

She never heard the word “hero” come out of my mouth, but somehow, I feel like she knows and I know that she is proud of the lessons that she taught me in her own unique and frustrating way.

Linkedin
Tags:
Previous Story
Liberty For All
Next Story
Confessions of a Worried Black Dad

The Only One
James Warren Dec 05

Liberty For All
James Warren Jul 04