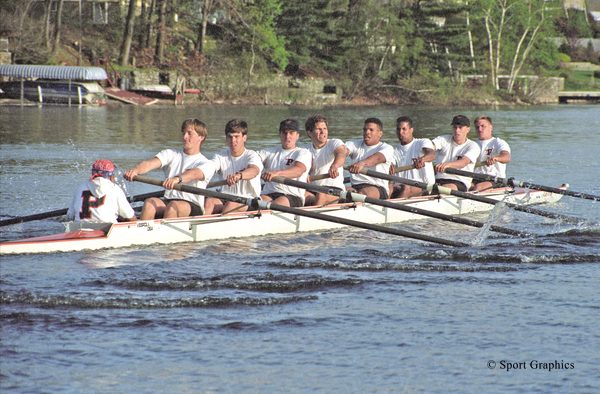 I think occasionally about my rather brief, but very impactful collegiate rowing experience. Being on the freshman heavyweight crew team at Princeton University taught me some profound lessons on teamwork, pulling together, being in sync, and overcoming obstacles together. It taught me to be grateful for teammates.

One day, we were preparing to race Eastern Sprints. We were on the water doing warm-ups when my oar broke. I was so glad this happened during the warm-up and not the race. And thinking back, I believe I was lucky to be in a boat with guys who cracked jokes about my incredible strength (when it really was the fact that the oar was just old), rather than guys who would expect me to jump out of the boat (you know, like that scene in The Skulls) to avoid having to pull dead weight. Rowing is hard enough as it is. But it’s even harder when everyone’s not pulling their weight, or rowing in sync. In fact, the sport is so demanding of self-sacrifice and perfect synchronization, it is a small miracle that a bunch of people of varying levels of experience, size and shape, and athletic ability, can be melded into a crew at all. (That has a lot to do with coaching and culture, but those are topics for another day.) As it turns out, we won that race, along with a lot of others that season. I learned a lot from my freshman heavyweight crew teammates, even though I didn’t appreciate it at the time nearly as much as I do now.

It’s why I’m so grateful, every day, for the teams at Share More Stories and JMI. You all do amazing work, collaborate, create, lead and deliver with impact. What you have accomplished together is awesome. And for me, the last couple of months have been especially wonderful to watch. It’s been a really tough summer due to the loss of my sister. And the people I work with have not only picked me up, they’ve kept things moving forward.

The best is yet to come. Because with great teammates, you can go far. Yes, indeed.

Can we go to the beach?
James Warren Sep 22