sharemorestories.com, I texted a friend with two words: “Launched! Gulp.” The reply was full of wonderful "/>
LOADING 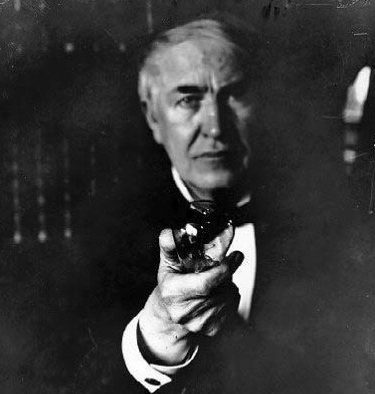 The night we launched the crowdfunding campaign for sharemorestories.com, I texted a friend with two words: “Launched! Gulp.” The reply was full of wonderful encouragement and the message ended with: “This is all gonna work out. Maybe not exactly how and when you’re hoping. But it will all be fantastic.”

Maybe I should start calling my friend the startup crowdfunding prophet, because we wrapped up our crowdfunding campaign a couple of weeks ago, and in case you missed it, our campaign didn’t exactly go according to plan. But before I get into that, let’s set the context for the campaign as it relates to the startup process.

A tremendous amount of knowledge has been created and captured by the likes of Marc Andreesen, Eric Ries, Clayton Christensen and countless others who have made it their mission in life to understand and improve the startup process. Based on that collective wisdom and my own experience, I believe the startup process entails learning how to build a sustainable business that creates value. Value creation comes from solving customers’ problems or meeting customers’ needs better than their current options do. In short, building a new business is entirely, at its core, a learning process. Learning drives success. For entrepreneurs and startup teams, success likely means creating a business that has a positive impact and generates a financial and social return on investment. Less obviously, success also means avoiding a waste of time and money during the startup process.

If you believe that, then you’ll understand why our recent “unsuccessful” crowdfunding campaign represents another step towards achieving our vision of building a platform that helps people create, share and discover stories socially and collaboratively.

Shortly after the campaign launched, it became clear we did not have the necessary early momentum to build and sustain a successful campaign. Oh, we tried a lot of different things. We promoted it extensively on social media, sent out press releases and emails. Slowly but surely, backers started to come on board to support us, but we just couldn’t get enough traction with the campaign to reach that tipping point, where the campaign evolves into a community, people spread the word and people you don’t even know get involved, because they’re really interested in what you’re doing, they believe in it, and they see a need for it – either in their own lives or someone else’s.

We just didn’t reach that point.

In hindsight, we realize there were a number of executional and tactical things we could’ve (probably should’ve) done differently, and we’ve already done a dissection of our campaign. The learnings, however, started coming in even before the campaign ended.

Prior to launch, we planned to create some additional videos during the campaign, to freshen up the content and to respond to feedback. Within the first few days, we started to get more questions about the current site, the crowdfunding effort and the platform we wanted to build. That was great, but I wanted to make sure we had all of the key questions on the table. So I touched base with the entire team and asked them to gather and summarize any additional feedback they could.

I was surprised by what I heard back.

I got a little panicky. Yikes! I thought to myself, we have to get this fixed. People don’t know what it is?  How is that possible? Look at our campaign page! Look at our video! Look at our alpha site – our early stage prototype!

After the initial concern subsided, I reminded myself that this was all part of the learning process we had embarked on. With more reflection, two things became clear:  1) we needed to answer people’s questions as soon as possible, and 2) this was a huge opportunity.

Addressing the feedback was pretty straightforward. We took the top questions people had, used them to create some video FAQs, posted those to the site and the campaign page, and began sharing them as updates.

As for the huge opportunity, well, the process of working through those FAQs forced us to further clarify the value proposition for ourselves and our potential customers. From a startup standpoint, customer development drives so much activity and effort. Anything we can do that helps us deepen our understanding of who the customer is and isn’t (the market) and whether or not our product/concept resonates (do we have a compelling value proposition) takes us that much closer to developing and marketing a product that truly meets a customer need (achieving product market fit). So, if launching a crowdfunding campaign a mere two weeks after our site launched has enabled us to accelerate our customer development efforts, then it was totally worth it.

Of course, that’s easier to say now that a couple of weeks have passed, but during the last week of the campaign, it was a little rough. I felt like I was on autopilot those last few days, writing social posts for a campaign that was on its last legs. I believe in finishing strong, even if you’re not winning the race, so we dutifully continued executing the campaign right up until the last day, but it wasn’t easy. Let’s face it: we set a goal and we didn’t achieve it. As for those entrepreneurs who tell you they don’t let the shortcomings get to them, well, good for them – and I’d love to know their secret. But in my world, everything doesn’t go according to plan all the time. Success depends on resilience, fortitude, courage and support.

After a couple of days decompressing and exhaling, I started to refocus myself and my team on the next steps. I reminded myself that we are building a new company and a new platform. It’s not supposed to be easy! With fresh clarity, I also realized that our crowdfunding campaign WAS successful on several levels. We learned a TREMENDOUS amount about how and how not to design and execute a campaign, and we significantly increased our exposure. Most importantly, the campaign tested our value proposition – or at least our communication of it – and we got a result. By facing the reality that people weren’t responding the way we wanted, in large measure because the value proposition wasn’t clear, we could focus our efforts to better identify and understand the customer, get clearer on the problem we are trying to solve, and then get crystal clear on communicating that value proposition to those customers.

Well, first of all, we’re extremely grateful for the support we did get. Like I said on our page, we’ll use what we raised to keep making progress on developing the platform. Of course, we have perks to fulfill and some new supporters to engage. And we’ll continue connecting with people through our alpha site. We’ll stay focused on applying our learnings, continue to clarify and refine the value proposition, and work to achieve product market fit.

Crowdfunding is a great startup lesson. It teaches humility. It teaches focus. It teaches clarity. If you have the guts to learn (and maybe fail) publicly, then do it. Either you have a clear and compelling value proposition, or you don’t. If you don’t, you’ll know pretty soon. And the sooner you know, the sooner you can address it.

Would I do it again? You bet. I think learning what doesn’t work is extremely valuable during the startup process. As Thomas Edison said when asked about the failures he experienced creating the light bulb, “I did not fail at all. I discovered several hundred ways that will not work. Once I have eliminated all the ways that won’t work, I will have found the one that will.”

That sounds good to me.

Linkedin
Tags:
Previous Story
Your Stories Need To Be Told
Next Story
Bronia and the Bowls of Soup