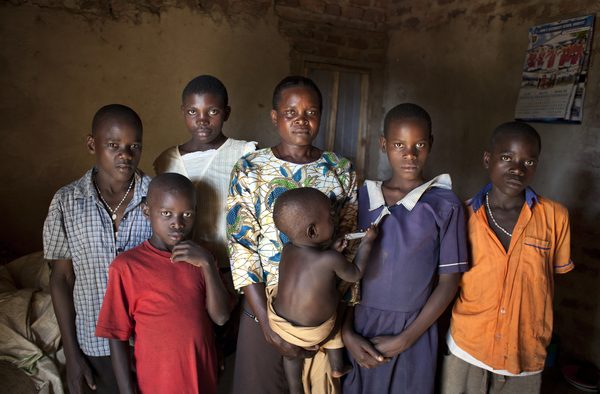 Gonzaga, 12, understands the water in close proximity to his village is very unsanitary — people and animals often defecate near the source. Gonzaga hopes to be a doctor one day and to solve sanitation issues like those rampant in his community. In the near future, there are pending sanitation projects that will improve conditions and safe water access to residents in the area.

Curator’s note: The following is an excerpt of Gonzaga’s story as told by WaterAid staff in August 2016.

Gonzaga wants to be a doctor, because of malaria and cholera (the latter in the other districts).

“If you want to succeed, you can,” Gonzaga said.

“The water’s not good, because people defecate around the area on the hill,” Gonzaga said. “The water is whitish and has worms in it…The water tastes salty in the mouth. I had typhoid two months ago and missed three weeks of school. First, I went to the doctor and got referred to the Mulago Hospital in Kampala. Now we put chlorine in the water.”