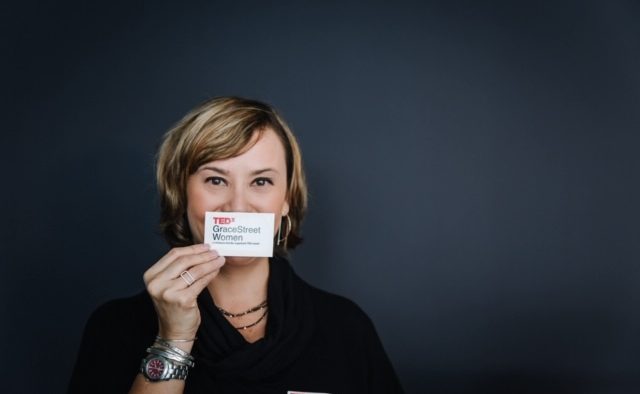 TED Talks have revolutionized the flow of information since it was created in 1984. In the age of the internet and information, TED has opened up communication channels between the movers of industry and everyday people. No longer are the “secrets” to success kept hidden away, but instead shared on a stage in 18 minutes or less. Beginning in 2009 TED handed over the ability for TED-like events to be organized all over the world in the form of TEDx. 2019 marks the ten year anniversary of TEDx and over the past ten years, there have been thousands of TEDx events organized by volunteers in countless cities. Hidden away, however, are the many TEDx organizers that work countless hours behind the scenes to make sure powerful events like these happen and run smoothly. One of these organizers, Risa Gomez, pointed out that putting on a TEDx event is unlike any other volunteer-led event and is more like putting on a “proper theater production” due to the A/V needs, stage production needs, lights, audio, “employing” public speaking coaches, etc—all with volunteer team power. Since TEDx came to Richmond in 2013, Risa has been volunteering her time and energy to help bring powerful speakers to the stage in Richmond. My time with Risa Gomez has taught me a lot: a lot about self, speaking out against wrong, cosmic pokes (I’ll return to this, I promise), and what it means to fight for others. Risa has spent several years serving in communities, serving to help others without any thought about needing or even wanting to be in the spotlight. In other words, Risa has spent years off the sidelines, and here is (some of) what I learned from her:

At this point, you know my favorite first question is, “In your own words, can you describe for me what you do?” Risa told me the answer was short and sweet: “I connect people into the community.” She said that in most bustling cities, people find themselves at least 5 degrees of separation from those around us. In Richmond, however, the luxury, and sometimes curse, is finding ourselves only 2 degrees of separation from the people we meet at events. Her personal mission is to take those connections and do something with it. The ease of community in Richmond coupled with her desire to help people get connected led her to raise her hand to volunteer with TEDx in 2013. She said her journey really started with a single email. She found the TEDxRVA website, clicked on the “info button,” and sent a message simply saying she was interested. Over five years later, Risa found herself leading the efforts to coordinate the most recent TEDx in Richmond, TEDxGraceStreetWomen. She said it didn’t happen overnight though; over those five years she kept taking more and more responsibility and then before she knew it, she was leading the team. She told me it showed, more than anything, how tight-knit the community is: when people noticed Risa taking initiative they came to her effort and helped her to get to the place she is today.

TEDxGraceStreetWomen took place in December 2018 and followed the theme of “Showing Up.” This theme was and is extremely relevant given the political and world climate of today. Risa explained to me that a lot of people have felt polarized in our society today, but this tense climate has also yielded a new sense of urgency to empower and unify communities. She explained to me that a universal desire for advocacy has been reawakened and has sparked a plethora of community initiatives such as this TEDx event. She explained to me that the underlying issues have been there all along, but now it’s nearly impossible to ignore them. It was at this point in the conversation she coined the term “cosmic poke.”

Risa explained to me that while you never want to see something bad happen in the world, it is almost inevitable. When it does, we have two choices: either we do something or we don’t. This, in her mind, is the work of the universe sparking advocacy in us. We are poked and reminded that our world is not as safe or comfortable as we sometimes take for granted. Or, we are reminded that someone else out there not far from us is not experiencing the same comforts we are. TEDxGraceStreetWomen brought together powerful speakers intending to share with a community on how to enact change by just showing up. She said the common thread through all of the speakers was this phrase repeated in different forms: “I didn’t know I could until I did. I didn’t know I had a voice until I spoke. I didn’t know my direction until I helped someone else.” It is these cosmic pokes that remind us that we need to stand for something more; it is in these moments where something like these series of speakers is born. It is in these moments where Risa does her best work when she knows what needs to be done and does not wait for someone else to do it. In this case, it was giving a platform and a stage for incredible women to use their voice to impact a community. To give a voice to those often unheard.

Risa told me it’s important for every person to remember their cosmic poke moment, or as she also called it, our catalyst moment. The moment that leads us to do what we feel called to do. It is these moments that will help us persevere when the going gets tough. When we feel opposed, these catalyst moments remind us of why we do the work we do in the first place. For her, the catalyst was when she found herself on the jury for the Harvey Murder trials. Risa was tasked with listening to the horrible acts of murder by a man named Ricky Gray. Risa was horrified to hear the testimonies, see crime photos, as well as have to get into the mind of someone who could be brought to do something as horrible as those murders. While it was a traumatic experience for her, it also led her to one of the biggest catalyst moments of her life. She realized how much hurt and pain someone like Ricky had to go through in order to get to the place he ended up in. She knew that if someone could have just cared for him or just even listened to him before this all happened, then a lot could be different today. That was her catalyst. She encouraged me to think of mine and the importance it needs to play in my life. When the going gets tough for her, she remembers that if only one person is affected by the work she does, it is more than worth it.

So what does an amazing woman like Risa Gomez do next? As someone that’s always seeking to do right by her catalyst moment, she is continually drawn to find more ways to just be there for others in her community. She began to explain to me that even if another TEDx event talk never happens in Richmond again, her responsibility and desire to help others does not end with TEDx. She began to explain her newest initiative, Sidewalk Talk: A Listening Project. Started in San Francisco by a woman named Traci Ruble, Sidewalk Talk was started in efforts to share the importance of listening. Risa told me there are chapters in many cities from California to DC, and she hopes to start a chapter in Richmond very soon. So what exactly is Sidewalk Talk? She first pointed out that it is definitely not Sidewalk Therapy. Sidewalk Talk is an effort to get volunteers out in the community to listen to others, literally. Risa envisions volunteers going out with two chairs and a sign, spreading out to all corners of Richmond to simply connect with those in the community that need someone to talk to. The sign simply explains to nearby pedestrians that they are there just to listen. That’s right: just a person on the sidewalk tasked with listening to strangers. Not saying a word, just listening. She said while the volunteers may not be licensed therapists, they will be equipped with training and resources in case someone needs to be referred to a local resource at that moment. But most importantly, it is just an effort to teach the community the importance of listening to others’ stories. She said it is as much of a challenge for the volunteer as it is for the stranger opening up. The volunteer should just be there to listen to someone and focus on being the best listener they can be. She said that so often our engagement in conversations is based on finding ways to insert ourselves. Finding similarities where we can see we agree or know what someone is talking about, or we want to provide questions or solutions to a conversation. The art of listening, she said, is an art that has been lost. With the rise of social media, we are less likely to listen and instead, we always want to find something new to say. She hopes this project will be a way to remind the community of the importance of the art of listening and to hopefully just connect with one person walking by.

What does this have to do with getting off the sidelines? Risa said that one of the best reasons for getting involved has to do with self-esteem. She explained to me that her difficult upbringing has played a huge role in her life, specifically with her self-esteem. She was raised by her grandmother and they moved a lot throughout Southern California when she was young. She attended six elementary schools, two middle schools, and two high schools. She said that our lack of self-esteem comes from the damage that has happened to us in the past and how that damage affects us internally. Her rough childhood caused a lot of internal damage that she had to spend a lot of time and energy working on; she worked on it by getting involved in her communities which helped her develop a strong sense of self. She was able to point to something positive that she did even when others gave her negative energy. Her advice to others in a similar situation was to just take one step: “Turn one page, do something. It’ll make you want to do more. Send that one letter to your congresswoman or man, send an email, make one post. You’ll be surprised and you’ll surprise yourself. If you could do that, then you have the strength to take another step. Find the thing you love and keep doing your thing.”

Linkedin
Previous Story
I Love “Lazy”
Next Story
One Day